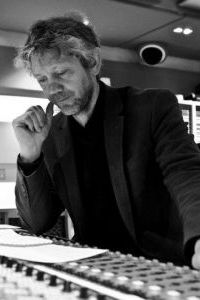 As a musician, composer and ordained minister, Steven uses music to draw out the underlying emotions found in images, film footage and texts.

Not long after his ordination, Steven was attracted to the Psalms as a source of hope to people of all faiths. Focusing on the journey undertaken by the Psalmist, from seasons of joy, through danger and abandonment, to restoration, Steven identified a story shape which resembled both a film trajectory and the up-and-down nature of real life. The Psalms Project, which came out of this, enhances the words of the Psalms, using the musical language of feature films and embraces their fluctuating, unpredictable, and even contradictory emotions, in order to better understand what these inspiring and challenging passages of Scripture reveal about God, and our own experiences.

Steven’s work increasingly involves encouraging younger Christians to develop their gifts and to communicate their faith through collaborative projects in music and other media. He works with his son Clem, who graduated from Oxford University in recent years with a music degree. The two co-wrote the album ’You Are’, based on Book 4 of the Psalms (91-106), and together with a band have been performing tracks from the album in mainstream pub venues, as well as churches.